VM October 23, 2014 Marie Duplessis, The Road Ahead No Comments

(This post originally appeared in a slightly different form, as a guest spot on Fang-stastic Books 10/6/14) 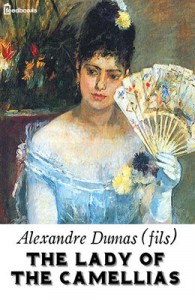 In 1847 the novel The Lady of the Camellias was published and became a sensation. It was written by Alexandre Dumas fils the son of the celebrated author of  The Three Musketeers, but that wasn’t the only thing that made it a bestseller. 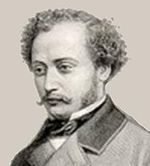 The younger Dumas had had an affair with Marie Duplessis – a recently deceased courtesan known for her delicate beauty and her love of a camellias. In those days courtesans or “grandes horizontals” (literally “great horizontals”) were the “it” girls –

sexy, ambitious adventuresses who ignored the rules of polite society. Their favors were for sale, but only at premium prices. Their homes were salons where the most prominent artists, politicians and other movers and shakers might meet, but never bring their wives or other respectable women. This was the “demimonde” – the glamorous “half-world” spoken about in whispers.

So naturally everyone wanted to read the book.

How much of it was true? Dumas insisted that many conversations were word-for-word, but he also admitted he hadn’t loved Marie as his fictional counterpart loved her fictional counterpart. Certainly, Marie left little evidence that Alexandre, or Adet, as she called him, was the big love of her life. Then again, she left few letters and no diaries, and often told different versions of events to different people.

In the novel, Marguerite gives up her livelihood for Armand Duval, and then she gives up Armand, even though it breaks her heart and probably hastens her death. The reason? His father asks her to in order to save his family from scandal. In reality, Marie would have been unlikely to give in to such a request, and Alexandre’s father was certainly not the type to be concerned about propriety, but the story of the redeemed prostitute who sacrifices her very life for love became a classic.

Dumas turned his novel into the play we know as Camille. The play became the basis for the opera La Traviata. In the opera, the characters names were changed, but in both versions, the main character’s name is also the name of a flower. Marie’s birth name was Rose Alphonsine. (“A rose by any other name” as Shakespeare said.) 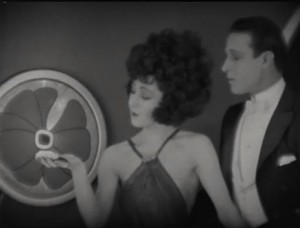 The play became known as Camille. Sarah Bernhardt toured in it for years, and starred in a film version in 1911– though she was far too old for the part. That was not the first film version. There was a Danish version in 1907. In 1921, the story was updated to the “jazz age” and starred Nazimova and Rudolf Valentino as the ill-fated lovers. 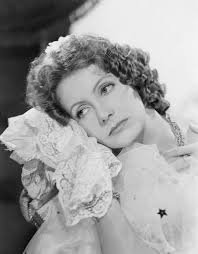 The film we are most likely to know and remember, is the 1936 movie starring Greta Garbo. That’s the one that’s been parodied numerous times including by Carol Burnett, and in a1970s stage version performed with the heroine played by drag queen.

Marie’s legend (as interpreted by Dumas) continues to hold us. It was the basis in 2001 for Moulin Rouge, and in Pretty Woman – another story about a big-hearted prostitute – the opera that Edward takes Vivian to see is, of course, La Traviata.

But we still only have Alexandre’s fictional side of things. What would the “real” Marie have thought about the story? Would she have found the whole gold-hearted-hooker-willing-to-give-up-riches-for-love silly? Would she have been angry with Alexandre for exploiting her? Or amused? And how would Marie – an opera fan – have felt about becoming Violetta – possibly the most coveted soprano role of all, in a work that is always being performed somewhere?

When I decided to revive Duplessis as a very modern vampire, undead and on the loose in New York City, those were questions I wanted to answer. My aim was not to write La Traviata with Vampires. I wanted to  tell a woman’s story from her point of view, to create a character who would be young forever, but would  have trouble moving on from her past and escaping the myth created by an ex-boyfriend. I would write Marie’s version.

Is there a lot of sex and blood in Blood Diva? Sure, it’s a sexy, vampire story and if that offends, it’s not for you. But let’s be honest, sex was always at the heart of the tale, and so was that red stuff Camille kept coughing up. In fact, Verdi’s working title for the opera was Love and Death.