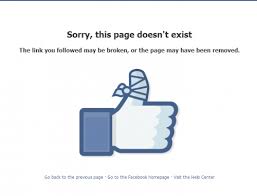 Friday night, I went to Facebook and  was asked to supply my “real” name. I tried VM Gautier — my Blood Diva pen name which I’ve used for the blog tour, interviews, etc. I’ got a screen asking me to fill in my “authentic” name again. Again, I put “VM Gautier” and I got rejected. If people tried to find me on FB they’d get the icon on your left.

I figured I was busted.

I’d realized the account might not be 100% kosher by FB standards shortly after I created it when I started reading how they were throwing people off for using “fake” names. This included anyone having more than one personal account for any reason and anyone going by a moniker different than the one on their official ID. (Here’s a link explaining it. It’s all SO SIMPLE.)

If you weren’t aware of this, here are a couple of articles: This is the one where Mark Zuckerberg says anyone using different names “lacks integrity.” Here is the one a month after that where Facebook backtracked a little bit and apologized a lot after LBGT organizations claimed this was discriminatory and also really messed up because many trans people in transition used names that weren’t legally their names in real life. However, the exceptions FB carved out were small, and they were still very judgy about this.

It’s not like they even bothered to send me an email or a warning. Nor did the tell me if someone had reported me for some horrible act of malfeasance. They just closed it up. There’s a feeling of humiliation that comes from being shown the door.

Facebook can have whatever policies it wants, but it would have been nice if they had sent me a warning.

So my initial feeling was — No more VM Gautier on facebook. Oh well. I had purposely tried to make new and different friends on the Gautier account — people whose reading “likes” might more closely align with the new novel, but it wasn’t as though FB helped me sell books. I had a FB book “page” as well, and while it has some “likes,” most of them were from other writers looking for return likes. It was an echo chamber. A few times (more than I’d care to admit) I spent a few dollars (more than I’d care to admit) “boosting” posts from the page. The reach was never great and the “engagements” were few to the point of statistic insignificance. Twice the “clicks” came from the same two people who seemed not to be in any target group I’d requested and were extremely unlikely to ever read my book.

So my reaction to being kicked off as VM was not, “I guess I’ll have to pay FB now to reach more readers.” I didn’t want to “advertise” I wanted to network. If I couldn’t do it on FB, I’d find someplace else.

But then a whacky thing happened. I tried to log on again, and this time instead of writing “VM” I filled in names. It worked. It’s a joke of course but it worked. I’m not known anywhere by these names. They don’t appear on my book cover or reviews or interviews, but FB didn’t ask me to send in a government based ID — WHICH THEY ARE ACTUALLY ASKING SOME PEOPLE TO DO. That may come next, but for now, VM or Marguerite Violetta as she is now known is back.

At least until they bust me again.

Probably a better way to keep up with me is through twitter – unless they kick me out of that place too.