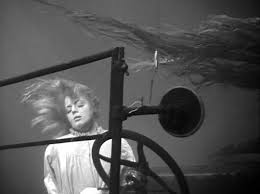 I was hoping by this time to do an in depth post on the “indie book biz” thing explaining to you (the reader, and probably a fellow author, because who isn’t these days?) exactly what has worked and what hasn’t on my road to bestsellerdom.

However, I do not appear to be on the road to bestsellerdom. I have not even found the on ramp. I’m not sure where I am though stuck in the mud somewhere in the swamps of Jersey might be a good guess. It’s foggy here, cold and dark.

This is a shame because in addition to making dime from my book, I was planning on making more by selling a “how to” ebook or two. I figured something along the lines of How to Make The Monies On the Kindle Machine would see me through my retirement years after the long predicted collapse of social security or other apocalyptic event. Do you think anyone would buy, How I Spent Money and Didn’t Sell Books?

Nothing has worked out quite as planned. I may do a more in-depth analysis of this later. I’d self-published in the past and sold a few thousand copies without spending anything on “advertising” and would have been appalled at the concept of using my own money when I started. Back in those golden days (2010ish), you could set the price at 99 cents, make a book free for a while and it was all so novel and daring, people would take a chance.

Nowadays, with gazillions of ebooks being uploaded on a daily basis “advertising” and “paid promo” is a necessity, though I’m still not sure what the winning strategy is. Beware, when “everyone” can be a “published” writer, anyone can also call himself a “book promoter” or “publicist.”

I may have cut off a limb or two by going with a pen name on Blood Diva although books under my “real” name aren’t exactly taking off.

How have I spent the “advertising and promotion” budget?

I’ve gotten a handful of reviews by using NetGalley, which I suppose is better than no reviews at all. Though in retrospect, I maybe should have instructed the “coop” that was managing my account to just release the book to anyone who asked. I did a blog tour which I feel good about. It raised my online profile and a lot of people entered the “raffle” for paperbacks, but I can’t point to many sales or even reviews as a result. Still, it didn’t break the bank. I sold a few copies at 99 cents after spending around $40 on a “tweeting” service. I did not sell enough to ride Amazon’s infamous algorithm to fortune or make back what I spent. Ditto one of those services that maintains an email list, but isn’t Book Bub, yielded me a few sales, but I didn’t come close to breaking even. People who use the “real” Book Bub love it, but it’s both ridiculously expensive and has become harder to get into than an ivy league college. While I’ve read glowing reports with sales stats from happy users, I have my doubts. The sales spike never outlasts the promo. Even if the price remains low, the sales soon drop off. Still, if I thought Book Bub would give my lousy novel a chance, I’d probably mortgage the farm and give them a try. I’ve also wasted small amounts of money on Facebook promos of my posts on my  “book” page. Despite careful targeting, the people who “liked” my posts as a result of the FB promo did not appear to be in any of my target categories, and there was no spike in sales whatsoever. While the amount of money I spent each time was small, it added up, like someone buying $5 a week in lotto tickets, who might have done better putting $20 a month away in a college savings account for his kid. Another way I’ve spent money in the hopes of making money has been by paperback giveaways on Goodreads. This has brought me a ton of people who “want to read” my book. I guess they click on that when entering for the chance to win the paperback, but it doesn’t look like many have decided to buy when they didn’t win.

I’m writing now because a “service” that recently started following me around on twitter. This goes in the “that’s how they get you” category. They also “liked” my book page.  I’m not out to start a flame war, so I won’t name them, but I will tell you that like BookBub, which they definitely are NOT, they have the initials “BB.” They offer promo packages at $99, $199, $299 and $399, What do they offer? (1) Twitter promo which you could find elsewhere for less, (2) getting you on some book/social networking sites – which you could do yourself for free in about five minutes, (3) “press releases” to “media” which I’m sure we’ll get you a lot of attention, (4) a blog tour at the higher end – which again you could get for less with more individualized service from a tour specialist, and (5) sending “info” out to “top” reviewers in your field.

Now, that last one could be good if it’s true, and if these reviewers didn’t completely ignore their messages. The idea of getting some targeted reviews enticed me enough to click to see some of the books they are currently promoting. I’m glad I did.

Do these books have hundreds of reviews? No, they do not. Are they best sellers? NO, they are not.

Not to disparage, but these are a sad and clueless selection of books. You do not want yours amongst them. None of the covers looked especially professional or enticing. I checked out first paragraphs, and had no desire to read further. One is only available in HARDCOVER for $29. Really, really? Another is $9.99 on Kindle. Per its ranking, that one probably hasn’t had  any sales in weeks, and there were only six reviews – three 5-star that sounded canned and fake, two 2-star and one 1-star that was devastating in its specificity.

One of the lonely crew has 99 Amazon reviews. 85 of them are 5-star. I’m not sure what’s going on there. A lot of the reviews predate the author’s promotion with “BB”. Many have that “canned” look and feel. The sales ranking is not high, which means even with all those reviews, the book isn’t actually selling well. So it’s not clear to me what’s going on and how much the promo site had to do with anything. It does NOT look like the promo site is running a review scam. At least one post-promo review is negative,  but it does look (to me) like something is going on with the reviews of that book, and that despite the plethora of reviews, not many readers are buying the book.

So word of caution if you are planning to self-publish or have recently self-published a book: You could go broke if you are gullible. Do some serious research BEFORE you press publish. Many “services” are KNOWN scams, so it’s always worth investigating before you spend money. Some writer somewhere has written about his or her experience with every one of them.  Learn from your peers! And if a site does catch your eye because you feel you are drowning, due diligence may be as easy as checking out their “success” stories.

(If you learned something today and would like to express your gratitude, please check out Blood Diva. Samples are free.)

3 thoughts on “Drowning in a Sea of Books”