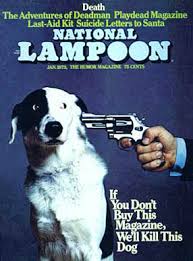 f you’re looking for advice on how not to sell your book, you’ve probably come to the right place. I vacillate between believing Blood Diva is not a bestseller because of factors completely outside of my control AND/OR it sucks. This despite several loyal readers whom I’ve acquired who may drop in to tell me otherwise. Thank you, loyal readers! You are keeping me alive. Literally! But let’s not go there, lest we summon the mental health police.

In today’s post, I will tell you about one of the things that hasn’t worked. This doesn’t mean you shouldn’t try it. I am in no position to give advice. It also doesn’t even mean I won’t try it again, as I have made a habit of continuing to do things that I know are unlikely to work. Yes, I do know that is one definition of insanity, but thanks for reminding me.

While I might mention some of the more expensive things that probably haven’t worked, like using NetGalley or going on a blog tour, it’s difficult to say that they totally didn’t work. In concrete terms, while I can’t point to book sales resulting from these endeavors, NetGalley did yield a few early reviews (good and bad) and the blog tour did give the book a greater online presence. However, I’m pretty much convinced that Goodreads Giveaways has been a complete bust.

Here’s how Goodreads Giveaways work: You go to Goodreads and you give away a copy or a bunch of copies of a print version of your book. This was one of the techniques used by Hugh Howey of Wool fame who is as a god to some self-published writers. Like many things in publishing-world, this might have worked when Howey did it. It might have worked a few months ago. It doesn’t seem to be working now.

Goodreads has some rules for the giveaways. The book has to be somewhat new — published within the last six months. You can give away as many or as few copies as you like. You get to set the terms for how long your contest will run. The first time I tried it, I noticed an immediate change for the better (or so I thought) in my Goodreads stats. Goodreads allows readers to mark if they “want to read” a book. Suddenly, I was getting hundreds of “want to reads” for Blood Diva. This seemed like a good thing indeed. It seemed like, if nothing else, the giveaway was a great way of advertising, getting a lot of people to at least look at the blurb and engage, for only the cost of the an author’s copy and media mail postage. Most of the people enter the contest either the first couple of days it runs, or the last couple of days, so running a few contests each for a short term probably makes more sense than running one for a month or longer. Also since you are paying for the books, you are better off offering one book at a time, since one will get the same contest interest as ten, and you are the one paying for the books and shipping.

Here’s the thing though — those hundreds of readers who “want to” read the book — uh, it doesn’t look like ANY of them actually have. Yup, ZERO conversions from “want to read” to reading. Basically, the contest is not a random draw, and people believe pressing “want to read” will increase their chances. They aren’t actually tracking the reviews or looking seriously at the book. Why do they even enter the drawing if they don’t actually want to read the book then? Interesting story. Turns out a lot of the winners SELL the books right on Amazon as soon as they win. How do I know they are selling the books? It’s pretty obvious. They are SIGNED-by-author copies going on sale through but not by Amazon available as soon as they are in the winner’s hands and the winners happen to be in the same city and state as the “bookseller.”  Some of the books are for sale at lower prices than Amazon offers. Some are trying to sell the books for MORE as though my autograph were worth a premium. Good luck with that.

I’m sure an optimist would see a bright side. At least my books are circulating. Except they are not. It looks like the same sellers have been trying to get rid of the same copies for a while. However, if they actually lower the prices and do wind up selling a copy, then it’s a copy that I paid to buy and send to them so no royalty for me, and I lose the royalty I would have gotten had the buyer bought it through Amazon, so no, I don’t see how this is a good thing for anyone except the seller.

The whole idea of the contest from the writer’s point of view is that a grateful reader WHO WANTED TO READ THE BOOK might thank you with an honest review or a comment or a tweet or something. No, I don’t believe that winning obligates a reader to do that. And yes, I get it’s a contest and I’m not saying they don’t have a right to sell the book, I’m just saying that if you are a writer looking for ways to get your book out to the public, this might not be the best one. I think I’ve given away about 10 books total through Goodreads, and as far as I know, I have not received a single review as a result.*

I also think that it’s got to be a sour experience for readers as well — to enter contests with the idea of winning a book they are excited about — whether they are excited about reading it for themselves or giving it to someone it would be perfect for. It can’t be good to lose to someone who is only interested in selling the book as “new” without even touching it first.

Anyone have another opinion? Any writers who’ve had a great experience with a giveaway, let me know. Any readers who want to tell me how terrible I am for having an opinion about people selling the books they win, you may also explain how that makes me the worst person ever and a badly behaving author.

Meantime, I’m happy to give books away to people who actually want to read them. I am not planning on doing any “free” ebook promotions so that a few thousand people can download my book and never actually read it, but I would certainly consider sending an ebook or even a paperback (signed if you wish)  to anyone who had read a sample, wanted to read the rest, and could commit to writing an honest review. Details about that offer, here.

(UPDATE I: Because as the great James M Cain put it, The Postman Always Rings Twice — I also have a “self-serve” ad running on Goodreads since god-knows-when. I paid $15 for the ad. You only pay for clicks, not “impressions” and so far there have been like 2 clicks so the damn thing will run forever. I decided to edit the ad today, and noticed they’d made some changes. Yay, Goodreads! Self-improvement, rocks! In addition to changing the content of the ad, you can now link to a preview of the book AND a giveaway, so I decided to do a final giveaway of one book. My prediction: This might be slightly more successful — FOR GOODREADS — in that it will yield more clicks. I’d be shocked if I saw any significant sales rise — though at this point ANY rise would be significant.

*UPDATE II (2/27/15)  I’ve double checked. I’ve gotten at least one review, possibly two as a result of the giveaway.  I’m sure about one because the reviewer’s name was the same as the person I sent it to. The other one has the same first name. So it’s still at best  2 out of the 12, but they were positive reviews so I’m very grateful for that. But now with a final giveaway completed, and not yet sent, I have around 700 people listed as “want to read” the book and no one actually reading it, and the “for sale” giveaway copies are still on Amazon.}