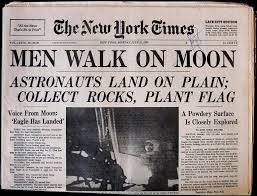 Occasionally an indie-book or three may make it onto the New York Times‘ bestseller “combined paperback and e-book” list, but mostly the Times has done its best to scream “La-la-la I CAN’T HEAR YOU” when it comes to self-publishing. However, in this Sunday’s Book Review they gave an actual shout out to Tom Moran’s Dinosaurs and Prime Numbers recently reviewed in The Guardian Book Blog.

Their acknowledgement that The Guardian and Legend Times have now teamed to provide a for realz review of a self published book every month was even more condescending than the actual review itself. It is here repeated in it’s entirety:

“The Guardian has teamed up with the publisher Legend Times to brave the rapids of self-publishing and single out one book each month for special recognition. The first winner is “Dinosaurs and Prime Numbers,” a novel by Tom Moran.

The Guardian then turned around and reviewed it like any other work of fiction. The assessment by Alison Flood makes it sound like a Douglas Adams-like affair, including a cow that exists outside of time and space. “The humor can become exhausting,” Flood wrote. But for those who imagine the very worst about self-publishing, fear not: “Spelling, grammar, the rest of it, are all spot on.”

This made me throw up, but it was informative. Next time I read any idiot insisting that the “stigma” of self-publishing has lifted, I’ll know exactly what to refer them to.

Dear John Williams (Honorable Columnist at The Times) I am not at war with other writers who are published by small presses or even evil corporations. Honest, most of what I read is “traditionally published,” but sheesh. Enough already with the attitude. It’s embarrassing. TO YOU. Surely, by now there’s been enough outstanding self-published work by both established and emerging writers to wipe the smirk off your face. It doesn’t take a heroic amount of courage to “brave the rapids.” Maybe as a professional member of the literati you should be exploring this. If you’d like some recommendations, write me and I’ll give you some titles. 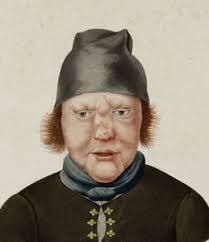 Meantime, I’m going to redefine myself. I refuse to be known as “self-published” or “indie” any longer. I shall henceforth refer to myself as a pariah. I was going to go with “outsider-writer” but based on the looks I get when I tell people that I pushed the publish button a time or two all on my own, I’m going with pariah. I was thinking of  leper, but then the people with Hanson’s disease might get offended.

As for those published by the Big Five, they are not “traditionally published.” Traditionally, publishing companies weren’t owned or part of huge international conglomerates. They are “corporate published.” People published by one of Amazon’s imprints may feel like Amazon is “different,” but sorry folks – it’s still a corporation as well – just a cut rate one. 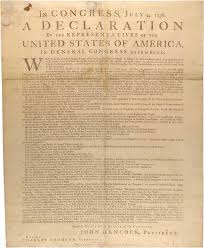 The true “indies” God bless them, are those writers published by small independent presses. However, not all “publishers” are equal. Some are established, respectable and as difficult to approach as Mount Everest. For the likes of them, if you don’t have an agent —  fageddaboutit. Others may not even be real indies. Maybe they started out as upstarts, but then they succeeded and got bought up by corporations. Nature of capitalism, And there are those “publishers” that barely exist and may not even print books. I’ve seen a number of writers lording it over their self-published peers even when their “publisher” does nominal editing, has no distribution system, uses Lulu for  print-on-demand and only “publishes” e-books. These presses might not offer much in the way of publicity, don’t pay advances, and certainly can’t get books onto store shelves, but I suppose for some writers the lower royalty rate still beats being a pariah.

Vanity publishing is a term I’ve seen hurled around by trolls on Amazon forums because writers make easy targets. It is best to ignore or defriend anyone who uses those words. They are meant to be hurtful. Some people, however, wind up paying a lot for unneeded “author services” and “self-publishing packages” or get caught up in schemes like PublishAmerica which claims to be a publishing house, but actually makes its money selling authors their own books for enormous profit. Lately, the big publishers themselves have been getting into the game. Simon & Schuster has teamed up with Author House to charge the marks up to 15 grand to be published by “Archway” their new self-publishing brand. Paying to be published has nothing to do with “vanity.” It happens because of gullibility, lack of knowledge, and the deceptive practices of predators. “Self-publishing” implies some knowledge and ability to do it yourself, so it’s not applicable for folks who’ve just sold the farm for a “contract.” They are “ripped-off published” or perhaps “sucker-published” would be a better description.

Me, I wouldn’t mind being published by a respectable small house, but they are tough nuts to crack, so I’ll go with being a pariah. How about you?