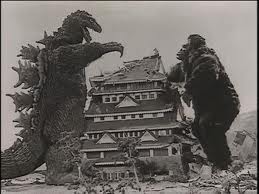 Is it alright to admit I really don’t care about the current war between Hachette and Amazon? As a self-published author, Amazon has been good to me. Not great. They are not my friend. They take a nice cut out of my almost nonexistent sales, but they have allowed me into the club – not out of kindness, but for reasons of their own. They have offered me and thousands of losers like me a platform to reach readers and that’s something. It is not, contrary to what anyone says “an even playing field” — but it is something. And in this case, something is better than the closed doors of publishing houses and circular files of literary agencies. 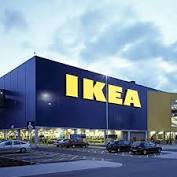 Is Amazon good for publishing or the worst? This is a silly debate. Both Amazon and Hachette are big corporations. HUGE. A couple of years ago, in one of those brilliant essays about everything from Ikea’s Nazi origins  to Oskar Schindler, one Malcolm Gladwell wrote that when Schindler was for Schindler he was a successful businessman, but once Schindler was for humanity, he became a failure. Gladwell wasn’t writing about publishing specifically, but it’s a useful lens. Amazon is for Amazon. Hachette is for Hachette. Hachette isn’t exactly the little guy here. Hachette is a big corporate media-publishing empire, and if it chooses to pay authors less and blame Amazon, that’s not Amazon’s fault. Hachette isn’t in business to help authors. If I were going to boycott Amazon, it wouldn’t be for how it deals with big publishers, it would be for the working conditions within its warehouses.

Publishing is changing because the technology has changed – just like it changed at other points in history when new technologies created new possibilities. Much as we may love the smell and feel of books, dead-tree-books are on the way out. If you are bookstore owner this is a disaster. If you are a print reader – do not despair. If they stopped printing books today, they’d still be selling crumbly used ones for the next hundred years. Good news: You’ll be dead long before you run out of print books to read.

As for authors and the possibility that no one will ever be able to make a living as a fiction writer in the future because the barbarians have gotten through the gates, I wouldn’t be so quick to fix blame on Amazon, which after all sells a lot of books by a lot of authors. It was never easy to make a living as a fiction writer. Look at all those well-respected, traditionally published mainstays of the literary establishment teaching in graduate programs. They aren’t all doing it for the camaraderie.

Anyway, that was a rant. It wasn’t what I meant to write today.

Let’s talk about me.

Why yes, I am planning to self-publish Blood Diva.

I am scared shitless. This is probably the most “commercial” novel I will ever write. It has lots of sex and violence and vampires. There’s romance of a sort, but it’s not the usual beautiful-young-woman-meets-mysterious-male-who-she-manages-to-change,-tame,-and- marry. And it’s funny – intentionally funny, not funny in a really bad self-published kind of way like where the author goes duckfucking nuts and engages with reviewers.There’s even some fine post-modern touches and literary deconstruction. It’s like Anne Rice and Jean Rhys and Patricia Highsmith all got together and had a baby. Not that authors should ever call their novels their babies because that is worst according to some readers and writers who are real mothers of human babies and whose delicate sensibilities we must never offend.

I am also afraid because I’ve risked more for this one than I have for any other book. I am currently barely working for pay and while I used to have no problem finding jobs and freelance work, those days might be gone, and I am too weak to work in an Amazon warehouse and not perky enough to be a greeter at Walmart.

So why don’t I at least try to publish this masterpiece traditionally?

Simple. I don’t have a chance. I’m too old and ugly. That’s not me putting myself down. That’s how I believe agents and editors would see me. Sure EL James is no spring chicken or beauty contest winner either, but she didn’t go to traditional publishers. She published as fan fiction, then through a small e-book publisher (pretty similar to self-publishing.) Then they came to her. The new “model” as worked by some of the more successful indies is to succeed on your own, then get a deal. Worked for Hugh Howey  and Colleen Hoover among others.

The people who think self-publishing is terrible will tell you I’ve just named the exceptions and that most self-published authors won’t come anywhere close to getting a major deal. This is true. It’s also irrelevant. I won’t get a deal if I don’t self-publish, so what do I lose by self-publishing? Even if an agent is interested in my book, she or he won’t be interested in me. I am a bad bet. My previous work has sold beyond the $500 average lifetime earnings for self-published authors, but far less than the 40,000 copy minimum on previous sales that agents are looking for. I’m not a celebrity. I don’t have a really exciting backstory. The worst case if I self-publish is that I’ll only sell a couple of thousand books. (And yes, previous experience makes me fairly confident of at least reaching that goal which would mean I’d written the book for approximately minimum wage in Kenya.)

Here’s my fear with traditional: Best case – an agent is interested, but after a year or two still hasn’t been able to sell it OR an editor appears interested but asks for so many changes I no longer recognize my book. Here’s the worst case: No one appears interested or an agent is but can’t sell it, and then a name author (possibly a client of someone who I sent it to) publishes a similar book that’s the same idea but different enough that a lawsuit would be difficult. That would kill me. And yes, that can happen even if I don’t send it out to agents. It could happen after it’s out on Amazon but maybe I can fly under the radar.

Besides my personal unlikability, and as much as I believe in the potential of Blood Diva, I’d also have a hard time selling it to an agent because of how it’s written. Nowadays most commercial fiction seems to start off with a protagonist with whom readers can easily identify. Anastasia in 50 Shades may be beautiful, but she doesn’t know it and she’s above all things nice. In fact she’s a just like you – the reader! There are books that feature vampires that not only don’t actually kill people, but like the rest of us are just trying to find love and get by. While one of my beta-readers insists Blood Diva is a redemption story and another called it a tour de force, the main character, Alphonsine aka Camille St Valois aka etc is not nice. Agents will stop reading long before she does anything redemptive. A beta reader who is not a fan of the paranormal found it to be “an almost clinical depiction of psychopathy.” That shouldn’t preclude it from the marketplace. Dexter Morgan and Hanibal Lector are heroes to some folk. Yet, I fear that if I even tried going to agents, they would not find a supernatural female serial killer – even one with a kickass backstory – an easy sell. Like Zane and Amanda Hocking,  I believe in the untapped potential here, but I don’t think agents or traditional publishers or even legitimate small presses will listen to me if I haven’t already sold 40,000 books. That doesn’t make them terrible. It’s not personal. 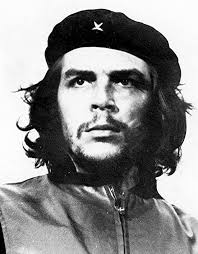 While the novel may not sound daring or experimental to the likes of publishing revolutionaries like Dan Holloway, my fear is that a literary agent is going to wonder why I am not telling the story in first person present tense because that’s the flavor of the month, or why I have a prologue from the point of view of someone we will never see again, or why there are all those opera references and references to some book what nobody’s read since the 19th century.

But I don’t feel that I’ve got this self-publishing thing covered. There are lots of people making money in SP. Few of them are writers. When anyone can call himself an author, anyone can call himself an editor or a publicist and offer services that may not serve. Major publishers have created their own vanity presses that offer nothing. Reviews are for sale – either the kind that read like bad translation spam or the “objective” kind from Kirkus, Clarion et al that kill with faint praise and nobody cares about. The market is flooded and most of what sells self-published is like most of what sells in traditional publishing – thrillers and romances, often dumbed down to make reading easy for people with short attention spans (which would be all of us since the ubiquity of the internets).

I have some idea of what I’ll do to get the word out about this book, but I don’t know that any of it will work. Self-publishing works for a certain kind of commercial fiction that some readers can’t get enough of – formulaic thrillers, romances, paranormal romance. Authors have been able by cutting out most of the middlemen to offer a super cheap product to voracious readers. But the more challenging stuff, the potential for self-publishing to lead to the discovery of people doing something different and new, the great novels overlooked by big and small presses, that’s a tougher sell. “Serious” readers still avoid self-publishing. Serious reviewers can’t be bothered. The Guardian UK has been featuring posts about self-publishing. They’ve even created a “self-published book of the month,” that they will read and review just like it was a for realz book. This is HUGE. On the other hand, they’ve published a piece saying self-publishing is “reactionary” and accusing self-published writers as a class of people of “objectivism.” 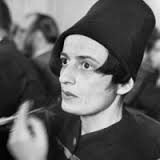 Does that make publishers altruists? Really? Really???? I am not going Galt. Honest, I’m more like some crazy on a street corner screaming, “Buy my book. I’m really talented and I’ve got a story to tell.”

(Update: 8/10 — Yes, yesterday’s Amazon email was cruddy, but Amazon is still a useful platform for me. You can get Blood Diva there for 99 cents today, tomorrow and probably the day after. You can also go to the right-hand corner to “like” and/or “follow.”

5 thoughts on “I Am Not John Galt”