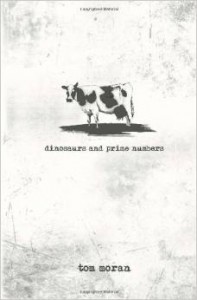 Per the previous post, the Guardian’s willingness to review a “self-published book of the month” is huge, but the reality is the review is posted online only (kind of like a lot of books) and away from the rest of the book blog lest there be any contamination or chance that anyone not looking for it will find it. Honestly, trying to find it is like navigating in New Jersey without a GPS.  This month’s premiere review managed to damn with faint praise. The reviewer seemed amazed the manuscript wasn’t rife with typos and grammatical errors. I found the tone patronizing, but maybe it was just British.

Good luck to the winner! Hope this boosts your sales. And readers, as of this writing, the masterwork is still on sale for only 99 cents, which makes the author either (a) a terrible human being going Galt and undercutting “real” writers by engaging in a marketing scheme or (b) a desperate writer who is willing to get as close to giving away his work as Amazon will let him in order to reach an audience or (c) a publishing revolutionary doing his best to overcome the artificial divides of the corporate marketplace. Your answer is completely subjective. This isn’t math.

But that’s not what I was planning to write about today.

I thought I’d post about twitter. I keep reading how authors need at least 6,000 twitter followers in order to “launch their platform.” I don’t want to launch a platform. I just want people to read my damn books.

Under my real name I have around 400 followers. Almost all are strangers who followed me first.They are mostly fellow self-published writers of books I have no interest in reading. All they seem to post about is their stupid books. They also thank me for following them in terms that seem delusional – as though I am their biggest fan, and not a stranger who simply returned a follow.

As VM Gautier I wanted to actually reach out to potential readers – my target audience – even though I’m still not 100% sure I have one. My strategy which began about 36 hours ago has been to search for certain key words on twitter and then follow people who looked like they might have an interest in reading the post-modern Marie Duplessis vampire novel Blood Diva.

So if you are reading this because I recently started to follow you and you want to know why, I found you because maybe a couple of years ago you mentioned going to see La Traviata, or you read The Lady of the Camellias, or you found something post-modern on The Vampire Diaries or something.

But it’s doubtful you are reading this because I’m following you on twitter. That’s the problem with twitter. You can follow people and they can totally ignore your existence. No wonder people mistake having a lot of followers with being important. I am not saying there’s a correlation between the number of twitter followers one has to how much of an asshole anyone is, but there may be a connection, especially when the ratio of followers to following is especially skewed.

In order to convert more of those I follow into mutual-followers, I have become a complete twitter-slut and am now retreating everything. I am frequently going through my feed looking for things I can respond to with wit or sympathy. This is time consuming. Like most social networking schemes, I’m finding it takes time from both actual networking and actual socializing, but more importantly it takes time away from writing.

So what is the end game? I’ve gone from following 78 people to following 400. My followers went from 38 to 81. While there are some self-published writers whom I will never read among them, they are not the majority. I’m hoping if I get 40 of these true wits to read my book – even if I have to pay them, and they tell their friends, it’ll be like the old-timey shampoo commercial, which I may or may not be old enough to remember:

(One way of letting me know you are out there would be to comment, so please feel free to do so. First comments will be held but I promise to get to them asap.)