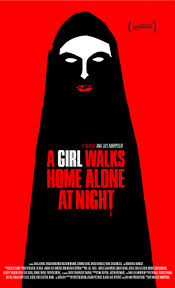 They had me at vampire in a chador. A Girl Walks Home Alone at Night is a great film and a helluva introduction to filmmaker Ana Lily Amirapour. I haven’t been this excited by a debut indie since El Mariachi.