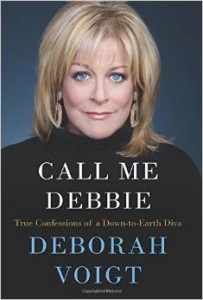 Down to earth American soprano Deborah Voight has released a memoir – Call Me Debbie, and is now on a book-tour. Being one of the most famous opera singers in the world doesn’t make you famous enough to sell books these days. There’s got to be more of a hook, some shiny metal that will attract people who’ve never heard of her, or been anywhere near an opera house. 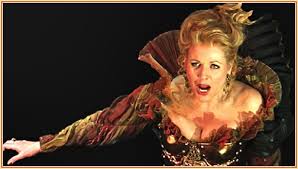 Renee Fleming. On Mars they sing on Main Street.

I’m reminded of some idiot talk radio guys discussing Renee Fleming after she sang the national anthem at a sporting event. It was as if the lady had landed from mars.

So what bait is Voigt using to reel in people who don’t know who she is?

Fat and addiction. Two all American favorites. I think God may be in the mix as well.

Voigt writes about the 2004 incident in which she was fired for being too fat. Yes, you none-opera-goers, despite jokes about fat ladies, bodyism or whatever it’s called is a thing in opera world too. In the aftermath, she got gastric bypass surgery and lost 100 pounds, but then had to deal with “cross addictions.”

Sounds juicy. Did you know that the German/Yiddish word for juicy is zaftig – which apparently does NOT have the same connotations in German as in Yiddish?  Also even in the mamaloshn it used to mean hot and curvy – you know juicy. Nowadays it’s just another euphemism for “she’d be pretty if ….”

At the time, her firing rocked the opera world. The vocal acrobatics needed to sing opera without a microphone in an opera house might require some physical heft. However, people who don’t like opera don’t like it because it stereotypically involves watching people in costume who look nothing like the parts they are singing, don’t move very well and often stand directly in front of the audience rather than looking at the other singers on stage.

Voigt (who I’ve never seemed perform) was apparently, even at her heaviest, a good singing actor, but she didn’t fit into the director’s concept for the production – or the little black cocktail dress she was supposed to wear.

While it was crazy that they signed her up knowing her weight, got her over to England for rehearsals and then fired her, was the director wrong to say she didn’t fit what he had in mind?

As a musical ignoramus who likes opera, I’d say no. Opera is music but it’s not a recital. It’s theater. And theater can be cruel. Audiences will make many allowances. A tenor might be singing the role of a handsome and heroic prince, even if he is homely and six inches shorter than his leading lady. Women in pants play male roles without ever looking or sounding like men – though the best of them take on a male physicality that can be fascinating to watch. And of course there’s the whole age thing. I’ve seen a 40-something Natalie Dessay sing two “young” roles – Violetta in La Traviata and Cleopatra in Giulio Cesare. She was brilliant in both. I didn’t have to work to suspend disbelief. I believed. And while leading sopranos are probably thinner than they used to be in general, they are never Hollywood thin. 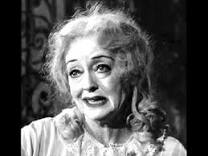 … with Dame Joan Sutherland as Gilda

Yet there have to be limits. There’s a clip on youtube of the quartet from Rigoletto. Pavarotti sings the Duke, the great Isola Jones is Magdalena, Leo Nucci sings Rigoletto and Joan Sutherland sings Gilda. They are all brilliant, and the staging is dramatic – not statues facing the audience. I’m not sure what year the clip is from, but Joan Sutherland looks far too old to be playing the teenaged, Gilda. If you close your eyes, it doesn’t matter. But live opera is theater, unless you’re doing a radio production, and theater is visual. Then again, the stage lies more easily than the camera, and from the cheap seats, Sutherland’s look might not have come off as Whatever Happened to Baby Jane as it does in the clip.

I get there are purists who truly believe “they had voices then” and we live in an age of “narcissism” where it’s all about the looks. These are some of the comments below the you tube clip. I’m not suggesting total realism, and I’ll admit it must totally suck to have a killer voice and have spent years training and not get roles because you don’t fit some director’s “concept” or when you are finally ready vocally for a part, you are considered too old to sing it. However, the arts are tough. 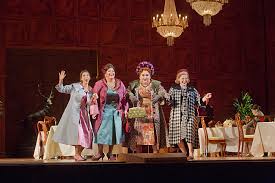 Last year, we saw a brilliant production of Falstaff which featured some rather large ladies singing those merry wives of Windsor. I remember thinking it a shame they wouldn’t get a lot of major roles in spite of some major singing chops. On the other hand, would we believe a three hundred pound Mimi dying of consumption in a garrett? After a certain point, weight is harder to ignore than age. There is a difference between buxom, curvy. and Edna Turnblad in a moo moo.

Should Voigt have been fired back in 2004? The truth is, she never should have been hired. They had the little black dress before they had her. This wasn’t a case of her being merely “a big girl.” She was obese, matronly, and no matter how well she moved on a stage, when she moved on a stage she really moved on a stage. Taking the tack that opera has traditionally had fat ladies singing doesn’t cut it. Shakespeare traditionally had men playing all the parts. Now that’s considered a stunt. The director had a right to make the call, but he should have made it much sooner. There was no reason to bring her over to England in order to publicly humiliate her. And if they had her before they had the concept, they should have worked with what they had.

So how did all this work out for Debbie in the end? I haven’t read the book yet. but it sounds like there were post-surgery struggles and no immediate happily ever after, but perhaps a happy and healthy at last. She’s still got the pipes and losing weight  did extend the roles she could take. Doesn’t sound like she’d take it back. But you’ll have to read the book to find out.

(If you stopped by accidentally, you might be wondering what you could to do to help support this stunning blog. You could buy my sexy, hot vampire novel inspired by an opera, that’s what! The ebook will cost you less than a fancy Starbuck’s drink.)