“Blood Diva is a compelling tale that walks with Alphonsine from decadence and pleasure seeking to despair and a desperate search for purpose that will inject meaning into an unsatisfying existence.”
– Bookmuse UK, August 22 2014 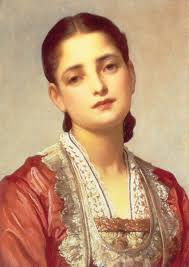 The 19th century’s most infamous party-girl is undead and on the loose in the Big Apple.

When 23 year-old Parisian courtesan, Marie Duplessis succumbed to consumption in 1847, Charles Dickens showed up for the funeral and reported the city mourned as though Joan of Arc had fallen. Marie was not only a celebrity in in her own right, but her list of lovers included Franz Liszt – the first international music superstar, and Alexandre Dumas fils, son of the creator of The Three Musketeers. Dumas fils wrote the novel The Lady of the Camellias based on their time together. The book became a play, and the play became the opera La Traviata. Later came the film versions, and the legend never died.

But what if when offered the chance for eternal life and youth, Marie grabbed it, even when the price was the regular death of mortals at her lovely hand?

Now Marie wonders if perhaps nearly two centuries of murder, mayhem, and debauchery is enough, especially when she falls hard for a rising star she believes may be the reincarnation of the only man she ever truly loved. But is it too late for her to change? Can a soul be redeemed like a diamond necklace in hock? And even if it can, have men evolved since the 1800′s? Or does a girl’s past still mark her?

You can read an excerpt here.

Available as a paperback and ebook in all the usual places (including many independent bookstores.) Here are some links: Kindle  Kobo  iBooks  Nook

For more current information and other fun stuff, check out the blog.